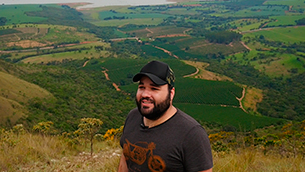 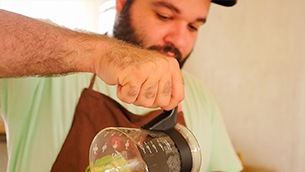 Paulo Henrique Almeida Guerra decided to join his father Luis Claudio and his grandfather Wander Guerra in the management of the farms shortly after graduating from Law School. He was determined to bring the innovation and fresh ideas of the younger generation into the coffee production. In 2013, he started to research diferent varieties and techniques of cultivating and processing coffee for a better cup. Three years later he began to identify and engage local farmers who had the potential to produce specialty coffee. After years of research, he became an expert in the logistics of shipping and exporting coffee. All of his hard work paid off in 2017 when, in partnership with Armazéns Gerais Bom Sucesso, he launched Homey Coffee built on his family’s dream to bring speciality coffee from Serra da Canastra to the world while also empowering local producers.